Ron Johnson, our court is not a partisan playground 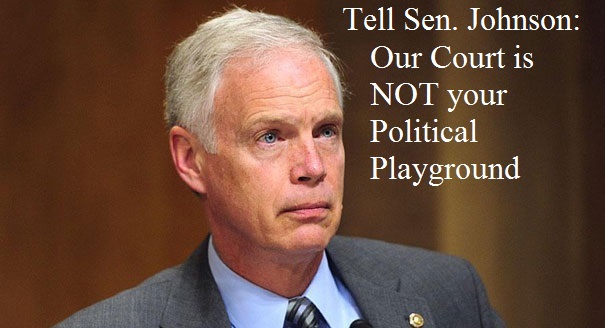 With the sudden death of Justice Scalia, our Supreme Court is down to only 8 Justices. In the coming days we expect President Obama to nominate a new Justice to the Court. Already there have been calls by Republicans in the Senate to attempt to block a nominee for over 300 days until a new President takes over. This is a disgusting attempt to play partisan games with our highest court. We cannot allow Republicans to shut down one of our branches of government.